We found this handwritten advertising gem that AJ (Albert John) produced for AMAT-ICE, Mauri Brothers and Thomson Ltd which was founded in the 1800s.
⁣⁣
When the depression affected the Avery Scales business, AJ (Albert John) commenced the search for a new product line.⁣⁣
⁣⁣
He found an advertisement in a trade magazine for Mauri Bros & Thompson Ltd, a NSW firm manufacturing the range of AMAT-ICE (Australian Made for Australian Trade) refrigerators.⁣
⁣⁣
In 1931 AJ Baker was appointed the sole WA distributor for AMAT-ICE.⁣ ⁣
⁣⁣ 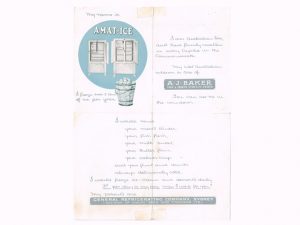 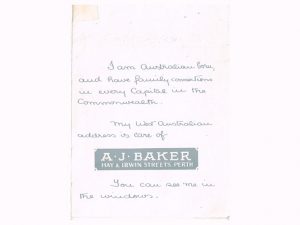 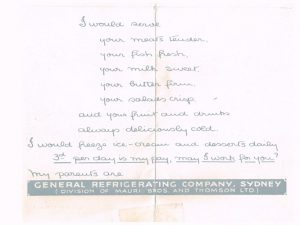 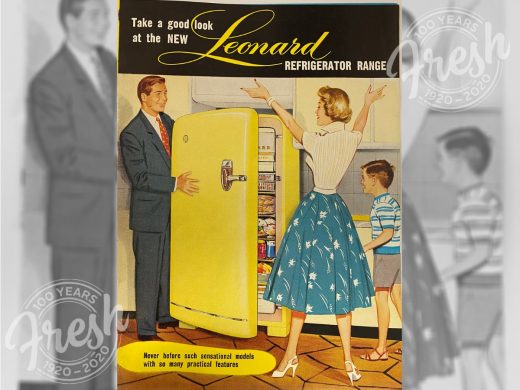 WA distributor for Leonard refrigerators in 1953